They work hard on their ginormous manuscripts and usually end up having it rot into oblivion when zero A-list publishers pick it up. Luckily for them, a great company in Berlin is dubbing itself, “The world’s first reader-powered publisher”, or something like that.

So, being a novice writer myself, I tried posting my own story to see if I could score a publishing deal and suddenly make millions.

Turns out, my story wasn’t formatted correctly (among other things), and it got taken down. There goes my millions.

Luckily for me, the people at Inkitt sent this email to explain everything.

Inkitt is a  wonderful opportunity for people!

The People Running it Don’t Even Exist:

Update: As it turns out, Ali recently deleted all of his stories. (One day after the time of writing.) Luckily, I already read all of the fucking chapters of The Lost Howl and I fully regret it.

I tried to read a few chapters, but it was even less comprehensible than Ali’s.

“Who are we or any editor in the world to judge whether your book is worth publishing?” – Inkitt Website – 2018

Do I Keep My Rights?

Let’s say you win a contest and get Inkitt’s publishing deal (the great 50% of $0 one) and a custom mug and notepad, now you’re worried about your rights being violated. Inkitt claims you keep all of your rights.

Inspecting the Fine Print:
Inkitt can own your stuff if you are “Specially Promoted.”

I have a pretty good idea that you are “specially promoted” when they throw your book on Amazon, quickly giving themselves the rights to your work.

(Rare footage of Inkitt HQ’s planning session provided by an anonymous skilled photographer sneaking into the chaos with an iPhone.)

Whether or not you choose to participate in becoming a product out of your own personal information is up to your own discretion (to a certain point in certain areas, thanks NSA!) 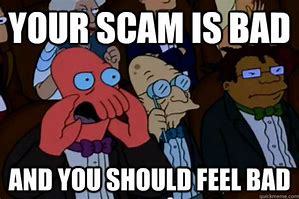 Debunking Some Satire To Destroy The World
A new and non-satirical version of my satirical post on destroying cities and whatnot.
Read more.