The Serpent King is a book written by Jeff Zentner. But nobody cares about that so let’s just get into this post.

Why I Read The Serpent King

My ELA teacher apparently likes His Majesty because he’s a “total package.” (A classmate’s words, not mine.)

Fun Fact: He has eleven tattoos.

Assigned to me as a summer assignment and read out of obligation, The Serpent King was an unlikely contender for all of the things in my head that make it to this blog. However, I ended up liking it too much so now we’re both here in this awkward one-sided conversation.

In order to help summarize the story for everyone who has already read a good summary (or the book itself), I’ll just use some MSPaint pictures to quickly go over some key plot points.

Unfortunately, D.J. (Dillard Junior) is outcast at school and hates his abusive mother, is envious of his friend Lydia’s life, and is haunted by his family name. As you can tell, his life is filled with sunshine and rainbows.

After winning a shitty school talent show with his rad guitar skills, D.J. gets $50 bucks (the prize money) and plans out his future with Travis, his other friend (Lydia and Travis are his only friends)1Although this is not in a romantic way or anything. They just want to pay each other’s rent and escape their families.

However, Travis gets killed in a failed mugging and all these plans go down the drain.

D.J., already being in a very awful environment, decides to end his life as survivor’s guilt wracks his soul and grief consumes all sense and emotion he has left. This is supposed to be very emotional, but I dozed off because there were too many metaphors about storms and emotional shit but I think we got the main idea.

But just before he jumps off the bridge and ends the story with a bunch of unsatisfied readers, he finds strength in his other non-dead friend, Lydia.

Wanting to escape the shitty town of Forrestville and its equally shitty inhabitants, Dill lets Lydia push him forward in life into a college. Not exactly perfect, but Lydia is a busy person and she needs to go to a prestigious college as soon as she wraps up Dill’s life to ensure he doesn’t jump off any bridges behind her back.

After that, Lydia goes off to the big city to do her thing there and Dill has a new beginning in college. It’s one of the most tear-jerking moments of the story because we never know if Dill really lost his virginity.

The story is good. Review done.

You should go buy it to support His Majesty’s career.

Also, I know that most of the people who read this were high school students trying to get some quick and easy quotes and shit, but seriously, stop. The Serpent King is a great book, save the cheating for the Shakespeare, Alan Paton, and Jane Austen unit.

As you have probably noticed, I have been calling Jeff Zentner “His Majesty” throughout this entire post, and for a good reason.

Themes and Lessons I Learned

​Me: On a scale of one-to-awesome, how fun is writing?

Jeff: Awesome when you know what you want to write. 1 when you don’t.

Me: How do you cope with writer’s block?

Jeff: I try to make myself bored. Boredom is the mother of imagination. My method is to go on long walks.

Me: What’s your method for proofreading your work?

Jeff: I read it out loud to myself. I hear more mistakes than I see.

Me: Favorite meal for breakfast? 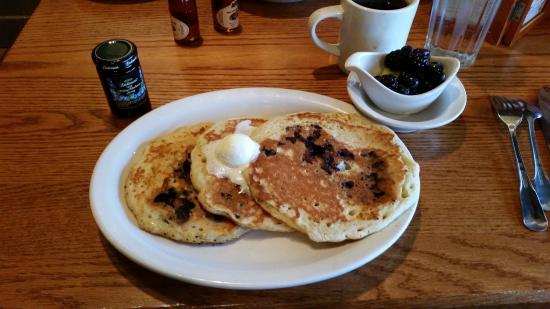 Yeah Jeff, we all expected you to say something southerny and shit, but I just eat the Eggo waffles from Target. No need to show off.

Problems With Living in an Infinite Universe
4th-dimension problems gang.

The Shitty Comic (Chapter 1)
What am I doing.

Week 2 of Quarantine
Quarantine has led me to understand the nature of reality.

A Dude With No CS Knowledge Tries To Generate Music With LSTMs [Part 1]
The title isn't an exaggeration.