I covered free will in a previous post about quantum physics.

Of course, everybody; including myself, pointed out that a vast majority of the post was about quantum mechanics rather than actually tackling the free will problem. The only two things that I covered were wave collapse and indeterminacy. Both very good things, but the other 99% of the post was about photoelectrons and a gazillion other unrelated bullshit.

So with the entire quantum physics post being extremely off-topic, I’ve decided to come back to the free will question and go at it, but this time from a different angle.

But before we start gawking at people with PhDs that sound like lists of things you’re glad you don’t know about, let’s put a definition on free will:

Free Will: The ability to voluntarily act with your own freedom and authority over said acts.

That definition is rather odd, and you could probably point out a ton of flaws, but I’m not gonna go down that rabbit hole just yet.

In the early 1900s, people with severe epilepsy didn’t really have much ado for their symptoms. Sure, the first antiepileptic drug Luminol hit the ground running in 1912, but there is another way patients with epilepsy are treated; epilepsy surgery.

Epilepsy surgery is when an area of the brain involving seizures is either:

A) Cut out
B) Stimulated

(For the record, it’s usually Option A that occurs in epilepsy surgery.)

Anyways, Dr. Itzhak Fried (at the time a neurosurgeon at the Yale School of Medicine) was operating on patients with severe epilepsy. He and his team attached electrodes to their brain nuclei and sent jolts of electricity to figure which parts were causing epilepsy. This did three things:

1 – Gave an opportunity to map out the brain.
2 – Probably makes Dr. Fried sound like a mad scientist.
3 – (Sometimes) fixed the patient’s problems.

Brain nuclei are a “group of identifiable neurons.” I put that in quotation marks because there is a bit more to this.

Brain nuclei are those weird grey blob things (grey matter, which is composed of the dendrons and axons; they are the brain’s wiring) surrounded by white matter (nerve fibers and super-fatty myelin which are good at sending the signals between axons) in those MRI scans.

Certain parts of your brain have identifiable nuclei. Most vertebrate brains have hundreds of nuclei, and each nuclei may have its own vastly complex wiring of other neurons in tiny clumps of subnuclei or layers.

Let’s get back to the mad scientist, Dr. Fried. 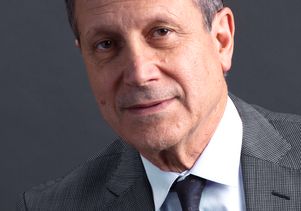 He and his team attached electrodes the patients and sent in electricity.

On the lower power patients reported urges, such as an urge to move their right arm, or to kick with a certain leg. After increasing that power they began doing those urges. The actions ranged from simple small movements to complex actions and facial expressions.

Their free will had been hijacked and then completely taken away.

With this, the question of whether or not free will exists just got a lot more traction.

But when people talk about free will and neuroscience, Benjamin Libet always gets mentioned, so I guess I have to do that, too.

Benjamin Libet is basically the guy that wanted to prove something but ended up proving the complete opposite of what he was trying to prove.

The summary is that he was in a discussion for smart people, said something about free will, realized he couldn’t prove it, went to prove it for the sake of proving it, and sorta did the opposite.

Libet’s infamous experiment goes like this:
Step 1 – The participant gets to wear snazzy scalp electrodes along with electrodes around their wrists.

Step 2 – The participants are given a timer and are told to move their wrist whenever they’d like. They look at the timer and note when they are “aware of the will to move.” Then they do the action. They only have to note the time of their will to move because the wrist electrodes measure their movement.

Fun Fact: Pre-motor potential is also known as Bereitschaftspotential, which sounds like “bee-heigh-shafts-potencey-owl,” was first studied by German scientists  in 1964.

And the measurements for the amount of time people are wrong in their synchronization is 50-150 milliseconds, not even close to 350 milliseconds.

So with this experiment, Libet ended up accidentally scoring in his own goal and giving Team Determinism another point. Oops.

Why Libet’s Experiment is Flawed

Libet himself even said his experiment was flawed.

First, the pre-motor potential is not really 100% understood yet. That electrical activity could mean a lot of different things; people are just making assumptions about what it is at this point. The guess that it’s our brain “telling us” what to do could be completely off. Right now, all the interpretations of pre-motor potential are coming off graphs that look like this:

Since free will isn’t confirmed nor denied, it’s best if we just accept it for the time being. After all, for the longest time people thought we lived in a geocentric universe. It was a nice thought and put us in the spotlight. While it wasn’t really that big of a deal to believe all of that, it wasn’t until you did something slightly more complex like map planets, see stars, and shoot probes into space that a geocentric view would pose problems.

Things like Syndrome E have sparked not only a philosophical firestorm but a legal one, too. If we can prove people are “hardwired” for impulsive acts and crimes, it won’t be long before it becomes a viable defense in court.

So far lots of people agree that we shouldn’t completely rework our law system just yet. After all, once people figure out how to “cure” Syndrome E and whatever new discoveries come after it, then we can start taking this to a new level. But there is really no need to dive into whatever hellish world lays beyond the thin glass that we are slowly chipping away at just yet. Even if it’s just a comforting delusion, free will is probably best kept until we get more evidence against it.

But don’t worry, that doesn’t mean we aren’t getting there.

Let’s get back to Dr. Itzhak Fried, our favorite mad scientist who should also be coming out with the latest and greatest memory restoration neural prosthetic very soon. (At the time of writing it’s July 2018, four years since the announcement in 2014, and while absolutely no science journals have even said anything about it in the past four years I’m hoping that the research gets published. But since peer-to-peer reviews take forever we might end up waiting a couple of extra months.)

Anyways, Dr. Fried made a hypothesis that Syndrome E is a condition that turns absolutely normal members of society into people with psychopathic tendencies and desensitization to violence. People with Syndrome E experience excessive arousal, obsessive ideas, and repetitive killing of defenseless people.

Of course, this hypothesis has faced heavy criticism. Lots of people think that it’s just an excuse to “let people off the hook” or an attempt to blame our bodies for our actions. But as Itzhak’s epilepsy patients have proven, free will is probably somewhere up our noggin and Syndrome E could be there, too. And the fact that “we are mind and body” may change because our minds will just be another part of our body once we gain more understanding of it.

The theory says that “cognitive fracture” causes Syndrome E. The theory is that the orbitofrontal cortex (controls decision making) and medial prefrontal cortex (controls memory and higher thinking) get in a state where they are in a constant state of activation and they override the ability to be conditioned from fear and end up going completely haywire because subcortical structures (which do a shit ton of advanced input/output processing) no longer regulate them. In the end, you get an overly stimulated brain that can have normal memory, language, and thinking skills but does not respond to fear or other stimuli that “condition” a person.

While this is certainly a promising theory, let’s move onto something more interesting than long lengthy sciencey words that you and I probably won’t remember a couple of weeks after I write this post.

How One Man Became a Pedophile After Surgery

Here’s a story that starts out relatively normal (at the first sentence) but derails into utter chaos a while later:

A 51-year-old married American man was arrested for downloading child pornography. But let’s backtrack and zoom into the picture a bit.

At age 19 he was found to have epilepsy. He ended up taking anticonvulsant drugs and continued his life normally.

At age 33 he needed brain surgery. A brain tumor located where the seizures were located needed to be removed.

He began to have shifting behavior accompanied by irritability. He suffered from hyperphagia (eating a lot) and hypersexuality. He became easily stimulated and craved for sex constantly. He became emotionally unstable as he began to resort to pornography for stimulation (when he wasn’t with his wife.) His life spiraled out of control before he knew what was happening.

He was prescribed antipsychotics, antidepressants, and other serotonin-inducing drugs. His libido was completely shut off and he returned to normal.

Then, in the big climax, he was charged with possession of child pornography.

Luckily for the man, the judge accepted his medical condition as a huge factor in this entire mess and gave him the minimum punishment of 26 months imprisonment, 25 months home confinement, and 5 years under supervision. This man’s identity was never released, but it has been quite some time since all of this, so it’d be nice to believe that he’s leading a happy healthy life now, no longer incarcerated and no longer held back by his brain injury.

While the entire story is definitely unfortunate, this entire thing poses huge questions against the nature of our “free will.” If Itzhak Fried’s patients “urges” are examples of taking over free will, then does this mean that the man’s free will was overridden by his injuries?

Free Will is Probably a Good Delusion, For Now

Our free will is insanely malleable. Or, as Michael Brooks puts it, “we are like small children sitting in front of an arcade race game; even if no money has been put in, and the cars on the screen are racing in demo mode, they grab the steering wheel, move it back and forth, and believe they’re driving.”

Right now, it doesn’t make sense to tear down the entire fabric of all of our legal and cultural frameworks. We’d end up in a place none of us want to go. So let’s not be trigger-happy.

Free will might be completely fake but it has real uses in the real world, so we might as well roll with it, for now.

Brain Damage, Pedophilia, and the Law

I Fixed The Newsletter By Removing It
A very important blog thing update
Read more.